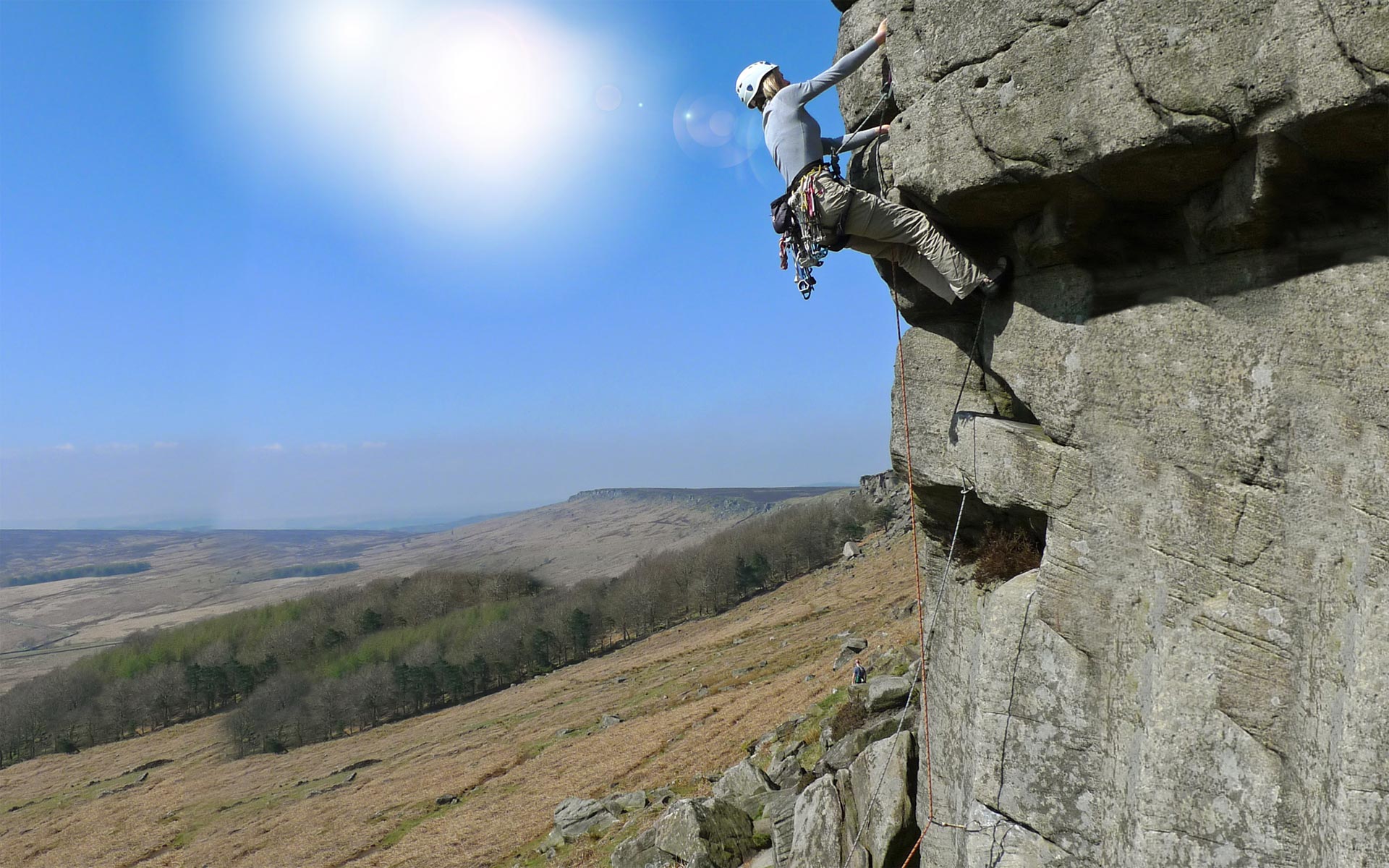 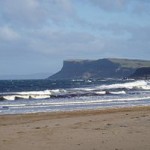 Fair Head, on the north-eastern tip of the Antrim coast, has a b-i-i-g reputation. For months prior to the meet the participants could be heard to greet one other with a tremulous “I’m really excited/scared” (“scared” predominated). Emails zoomed round as we debated how many 100m ab ropes we would need and how many over-sized cams we could lay our hands on. I did some training on Kremlin Krack at Rivelin, a disconcertingly wide crack “for the lover of fearsome wriggles”. As it turned out, with 2 super-sized cams it was perfectly protected and I found myself elegantly back-and-footing, rather than wriggling fearsomely. It was over too soon. Not so the routes on Fair Head. There are pitches there as long as 4 Kremlin Kracks stacked on top of each other; where the large cams have to be leapfrogged and re-used as many times as possible; where fingers, hands, fists, feet, shoulders and legs are jammed in fissures large, small and ridiculous; a total workout.  Many of the routes bear the misleading statement, “A good introduction to jamming/off-widthing/full-body-thrutching”. That invariably means it is hard for the grade! 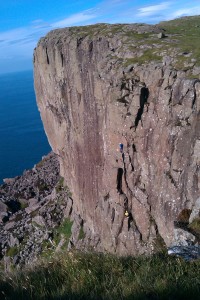 The team of 8 (5 Pinnacle Club, 2 Gritstone Club and 1 in both) started the week on the easily accessible routes on the Prow, where we soon realised that life was going to be as tough as we’d heard. Still, we ticked VSs to E2s on the first day and over the week we roamed between the Prow at the Ballycastle end and Binnagapple above the beautiful Murlough Bay. Rather unexpectedly we awoke most mornings to bright sunshine, which gave us superb views across the Irish Sea to the Mull of Kintyre, Rathlin Island, Islay and Jura. I even left my wellies behind as the week went on because the bogs on the way to the crag dried out.

A rainy morning on the final day meant we only started climbing mid-afternoon. My partner stormed up the fabulous Equinox in one massive 58m E2 pitch, then persuaded me the weather was too good to go to the pub and drink a last pint of Guinness, so we dropped down to ‘quickly’ tick off Hell’s Groove. Never underestimate the Fair Head HVS – it packs a punch, even after a week of acclimatisation!  The evening turned warm and calm, the sea glistened and a blackbird sang away as we grunted our way up the climb, topping out just before 10 as the sun set over Rathlin Island, then racing to Ballycastle for whale and chips. Perfect! No tremulous voices now when we talk about Fair Head – just ear-to-ear grins. 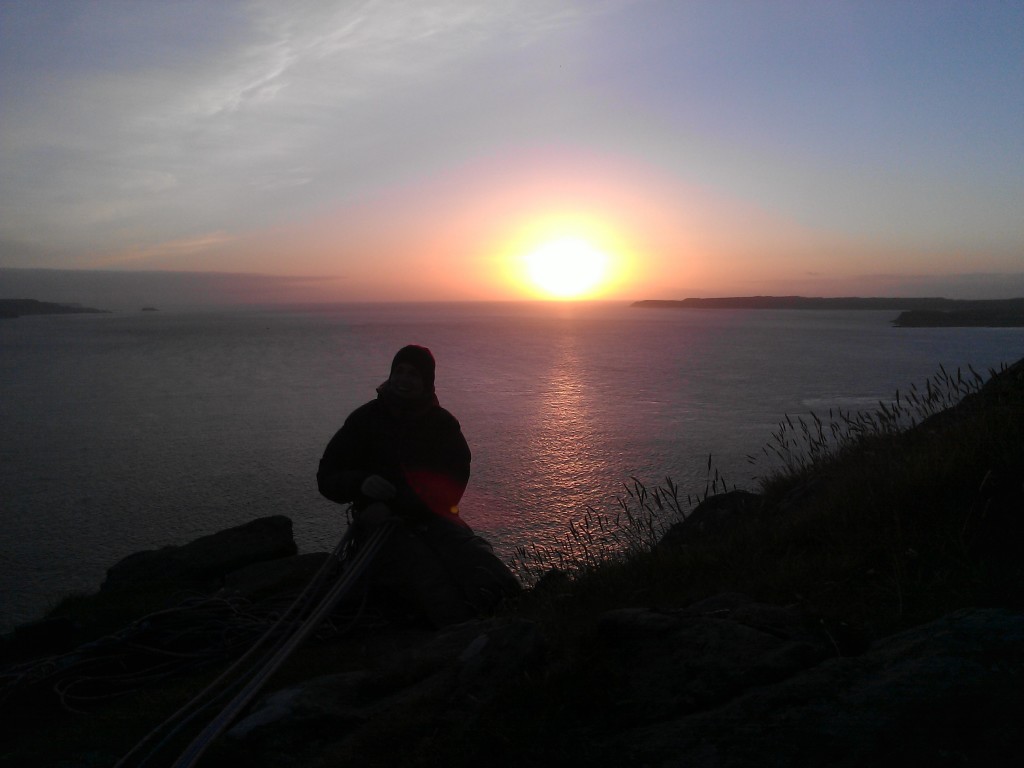