We’re feeling rather proud of ourselves in the Pinnacle Club this month, for pulling off what has to be one of the best climbing events this year.

We didn’t do it alone of course – it was the combined effort of 80 women climbers, who came to North Wales from 24 different countries, determined to share some good climbing and some laughs.

We had plenty of both. Rain being no deterrent, women were out climbing every day, overseas climbers paired with UK hosts, partnerships changing through the week, friendships made at every turn. (Read a conventional report of the meet on UKC here.)

It was inspiring, exhilarating, heart-warming and exhausting (for those organising it at least!) in equal measure.

We’re proud and not a little dazed to have managed it – essentially pulling the event together in around six months from when the BMC confirmed they’d help to fund it.

It was our current president, Hilary Lawrenson, who set it all in train, determined as she was for the meet to happen during her presidency. She was ably assisted by Alison Cairns, well known within the Club for her organisational ability and eye for detail. But they were not alone – many others helped in both the run up to the week and during the week itself – to help it all run more or less smoothly.

But it was the women who came to take part, from the UK and overseas, who were the real stars. Their psyche, enthusiasm and smiles despite the rain and midges ensured the meet was a huge success.

Will we do it again? I hope so – but we’ll maybe have a little rest first …

As you’ll find lots of climbing photos from the meet on Facebook, UKC and Twitter (@WICM2016) – here in contrast are some portraits of just a few of the women who made the meet what it was. 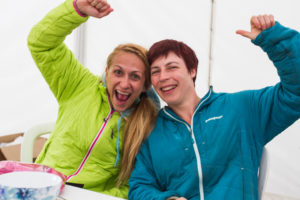 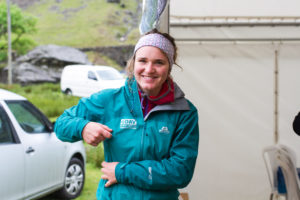 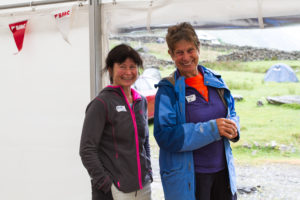 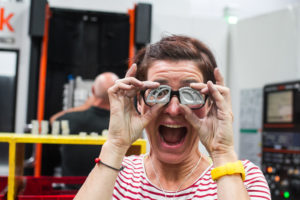 Gilly McArthur from DMM, during one of the tours she gave us of their factory. Gilly not only ran the tours, provided gear for people to borrow, but also came and joined in the meet as well – photo Jessie Leong. 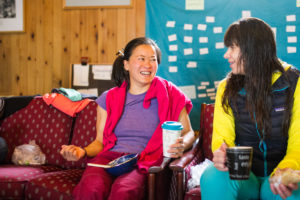 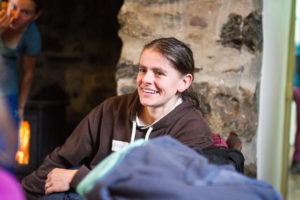 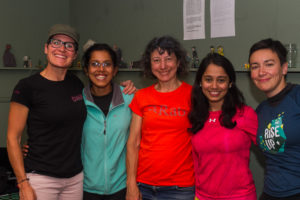 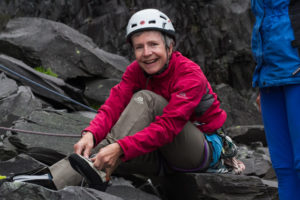 And finally – one of all of us who were there on the first day, as many as we could fit in the shot! Some had to leave before the end of the week, and by the final weekend, we were just too many to get into one photo! 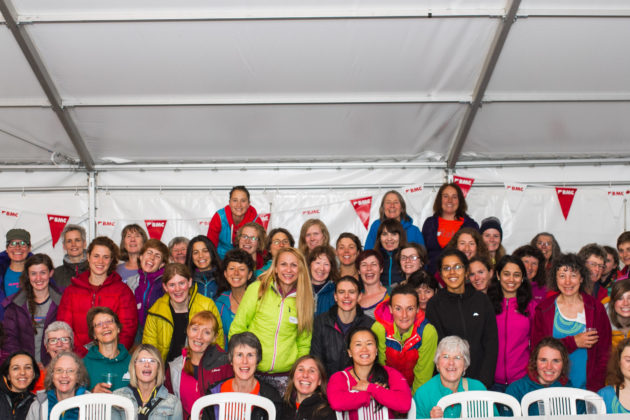