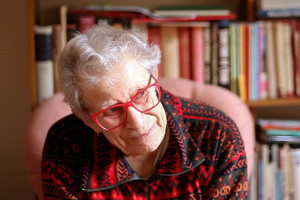 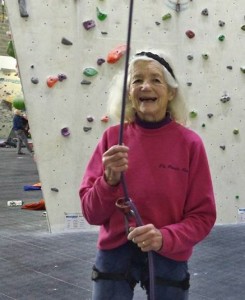 Congratulations to club members, Gwen Moffat and Angela Soper, who are the first women to be made honorary members of the BMC. They joined the Pinnacle Club in 1949 and 1967 respectively and were both made honorary members in recognition of their contribution to the Club and for inspiring women climbers for many years. Alongside a fruitful mountain writing career, in 1956 Gwen became the first female British mountain guide and in 1961 wrote her renowned climbing autobiography Space Below My Feet. It has been great to follow the recent successes of the “Operation Moffat” film. Angela was Pinnacle President between 1981-83 and organised the successful Women’s International Meet in 1984, which saw Jill Lawrence become the first British woman to climb E5 with her ascent of Right Wall – a route which Angela also led some years later. Angela is still a regular on meets – last seen a week ago making light work of the steepest overhanging section of Leeds Wall.