This February meet has become somewhat of a tradition, if you look back to the 2012 blog. On Saturday we hit the climbing wall and keep our muscles in trim for the long-awaited spring; on Sunday we head into the Peak for whatever dark, dank delights our leader has sought out for us. Last year we were spared the tunnelling by the copious quantities of slushy snow and forecast of more, but this year the sun actually shone (must be the first time since Christmas) so there was no escape. 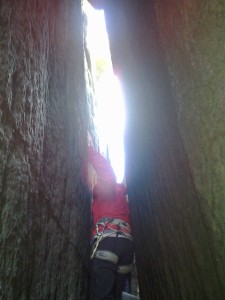 It all started pleasantly enough; 13 women + 2 dogs walking across Burbage Moor from the Fox House, descending to Burbage Brook and then up to the hill-fort of Carl Wark (said 2 dogs both disappearing up to their armpits – or whatever dogs have – in the same patch of bog). Then we were stood at the foot of a nice green chimney, which you’d normally walk past without a second glance, and were told to squirm up it. So we did that. Well, most of us did. The excuses started coming out about it being far too cold to hang around. Now we were 7+1 dog (who didn’t go up the chimney, I might add). Next stop Higgar Tor where we shuffled sideways up a narrow cleft, squirmed a bit more to pop out through a hole on top (to the amusement of normal walkers at whose feet we popped), back down the cleft, left a bit, up a bit, jump across a gap, then back down the cleft AGAIN to fetch the dog. Think of the tangle we could have created if we’d done it in a long roped team.

Rather hungry by this time, 3+1 hotfooted it across the moor to Robin’s Hood Cave with its naturally sculpted window and retaining wall, not realising they were missing out an extra write my essay green cleft at Apparent North. We considered the stoicism of the hardy few who were actually rope-climbing on Stanage (although not -12 it was certainly on the chilly side), before skidding down the mud to Hathersage. After the compulsory historical detour to pay our 20 pences in the parking meter at the grave of Little John the 7+1 were reunited with the 6+1 waiting patiently in the pub. 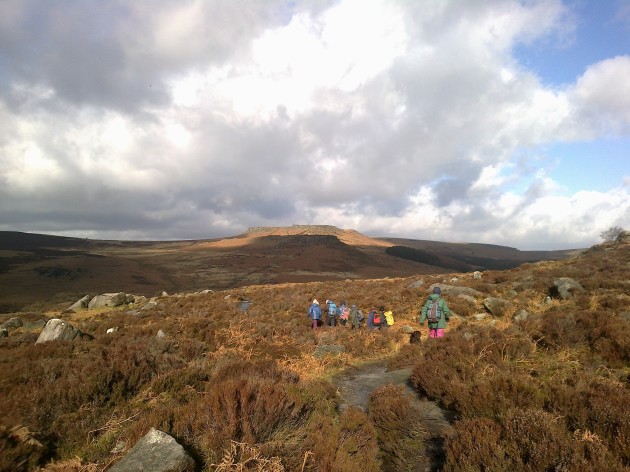